Yesterday at 4:46 am, an alert person called 911 from Kilbreth Ave to report her catalytic converter had just been stolen and the suspects were at the corner stealing from another car. There was a second caller, and both described three male suspects getting into a gray Honda or Acura. Officers responded, and as soon as the suspects saw officers arriving, they jumped into their car and fled with patrol vehicles in pursuit.

The vehicle pursuit traveled northbound on N. Sanborn Rd. to Freedom Parkway and onto Boronda Rd. at speeds upwards of 90 mph with the suspects running red lights and stop signs along the way. The pursuit made its way onto northbound Hwy 101 traveling through Prunedale, continued north toward Gilroy at speeds near 100 mph.

CHP made an unsuccessful spike strip attempt at 101 and Hwy 25, and the pursuit continued. A Gilroy PD K-9 officer joined the pursuit, Salinas officers pulled out of the pursuit and allowed CHP to assume control; the Gilroy unit quickly dropped out as three Santa Clara County Sheriff officers assisted, one of which was a K-9 team. The chase continued into south San Jose as the suspects took the Tully Rd. exit. They made the mistake of turning onto Nube Court, a dead-end cul-de-sac. The suspects fled on foot from their still rolling vehicle which collided with a parked neighborhood car.

One suspect ran toward pursuing officers and was captured immediately. Another jumped a fence into a backyard with a rather large dog, and promptly jumped right back over into the hands of officers. The third suspect made it a little farther and hid within in the neighborhood. San Jose PD and an air unit out of CHP Golden Gate Office assisted with establishing a perimeter. He was quickly found hiding in a pile of recyclables by the K-9 and the suspect was apprehended.

Salinas PD officers responded to the scene to continue the investigation. The three suspects were identified as, driver Sophanna Danh (36) who also had meth in his possession, Sophany Phala Neo (41) and Sithan Sok (40)

In the suspect vehicle, officers found 5 stolen catalytic converters, a power saw, a pipe scoring tool, and a vehicle jack. Salinas officers brought all three suspects back to Salinas and booked them into Monterey County Jail for grand theft, conspiracy, evading, possession of a controlled substance, and resisting arrest.

Everyone at Salinas PD appreciates the community members and partner agencies involvement in bringing this case to a positive outcome.  Thank you for being part of the solution in preventing crime in our city! 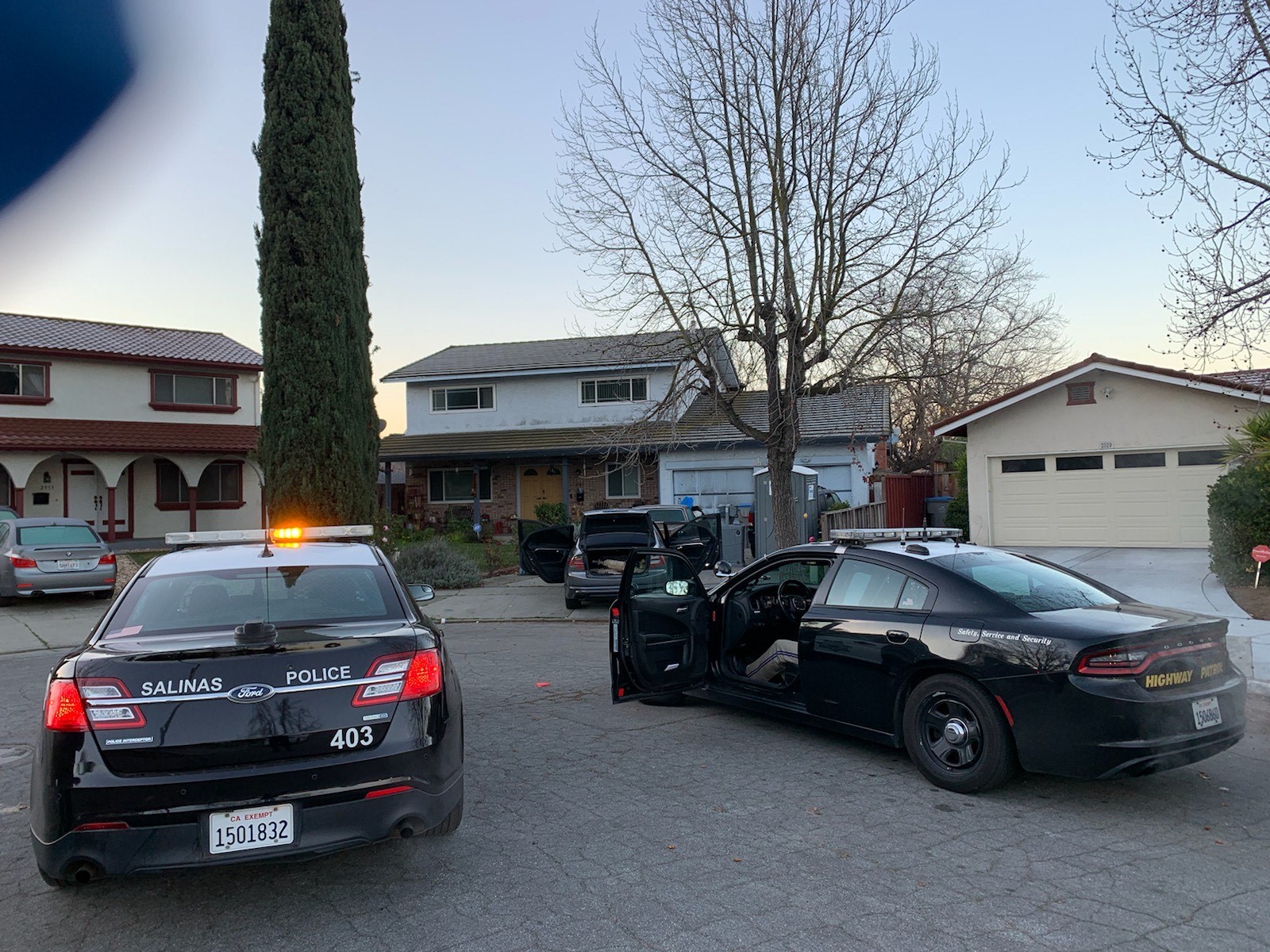