On Saturday, February 5, 2022, at approximately 8:20 pm Salinas Police Officers responded to a ShotSpotter alert of shots fired near the intersection of Towt St. and Grandhaven St. On arrival officers located two victims, Jesus Arias Villa (22) and Karina Chavez Vargas (23) both suffering from multiple gunshot wounds. Tragically both victims succumbed to their injuries.  Salinas Police Detectives responded to the scene and took over the investigation. Initially there was limited suspect information to include two suspects and a light-colored sedan and no investigative leads.

Salinas Police Detectives continued to attempt to track down video surveillance to determine the suspect vehicles direction of travel and potentially locate a video that would provide some investigative leads. Over the next 7 days Detectives collected over 300 GB of data from surveillance cameras in the area that eventually led to them identifying unique characteristics of the vehicle and locating the suspect vehicle, a white Nissan Altima 7 days after the incident. As the investigation continued Detectives were able to identify Gonzalo Echeverria (24) and his cousin, Jose Echeverria (32) as suspects in this homicide investigation.

This remains an active investigation as Detectives continue with additional follow-up. There are no outstanding suspects and detectives do not believe there is any additional risk to the community. The investigators have determined that Jesus and Karina were not the intended targets of this senseless act of violence and that it was a case of mistaken identity. 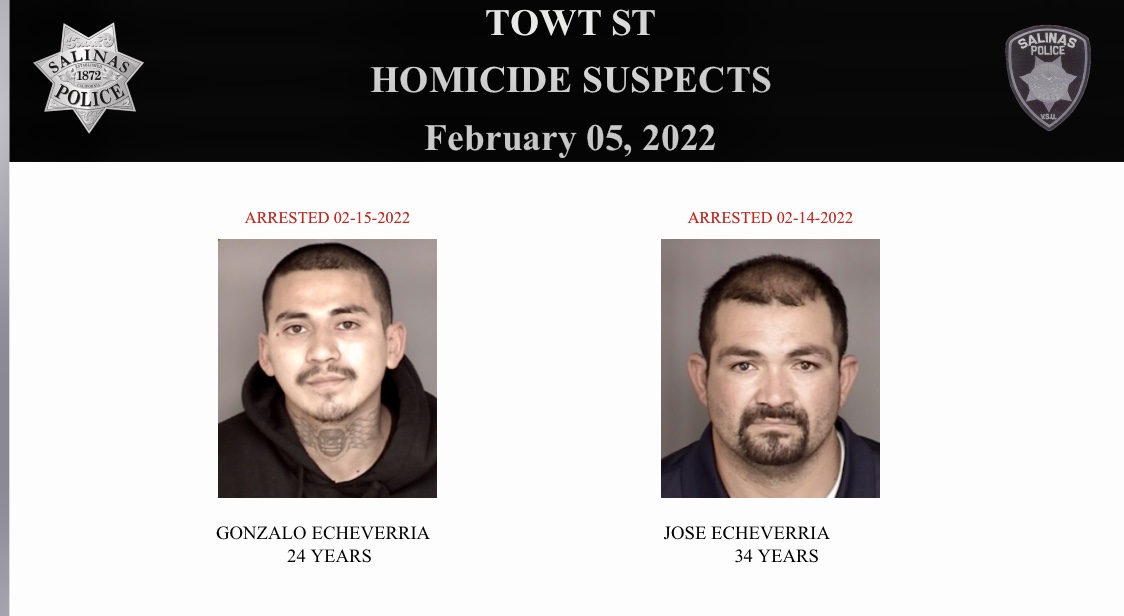